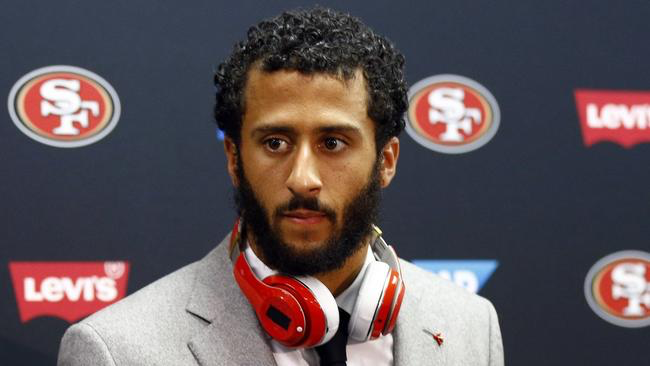 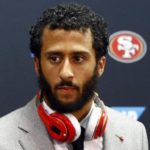 Many have said that Colin Kaepernick has disrespected the USA and the NFL. Others have said, he’s putting principles before profit. According to many reports, Colin Kaepernick was good enough to be an elite QB just 2 years ago but now he isn’t good enough for the San Fransisco 49’ers or possibly the NFL. I can’t say that I’m surprised.

I’ve watched the NFL for most of my life. It has evolved into America’s favorite past time through clever marketing, brand strategy and the best TV deals ever negotiated. By becoming “America’s” favorite pastime, comes an expected unbridled loyalty. Fortunately, many of us are becoming “#MoreWoke” daily.

Unlike any other popular sport and especially the NBA, what matters more is the logo on the side of the helmet instead of the name on the back of the jersey. The only players who are “allowed” to have a “face” and a marketable name without criticism are generally star QB’s. Everyone else is supposed to just be thankful for the privilege of sacrificing their minds and bodies for the game. So that’s a big reason why this public display by Kaep is soliciting this visceral response.

Honestly, for some reason the average American considers football their escape. This protest presents too much reality during the 6 month political vacation we call football season.

As unbelievable as it may sound, many equate the role of a football player to the sacrifices of our service members. It is not. That’s probably why its expected for football players to be loyal to the league and “America” regardless of personal politics. I’m here to say, there is a big difference. Most football players will be done playing by the age of 25. Clearly, they have more life to live past their years on the football field. Kaepernick knows this and chose to stand up anyway.

What he is saying is articulated everyday by many but is largely ignored by mainstream America. Using his current platform, the Super Bowl QB is bringing attention to something that America is no longer allowed to ignore without opposition. This may cost him his football career, but at this moment, the 28 year old sees his principles as more important than his sponsorships deals. This should be respected not a cause for vilification.

The more we become a truly inclusive nation, the less total assimilation will be required to be a true “American”. The rest of America might as well get used to it.

A very POWERFUL piece from @DrJasonJohnson on the deep, racist history of the Star Spangled Banner. https://t.co/2WuVMOTYTc