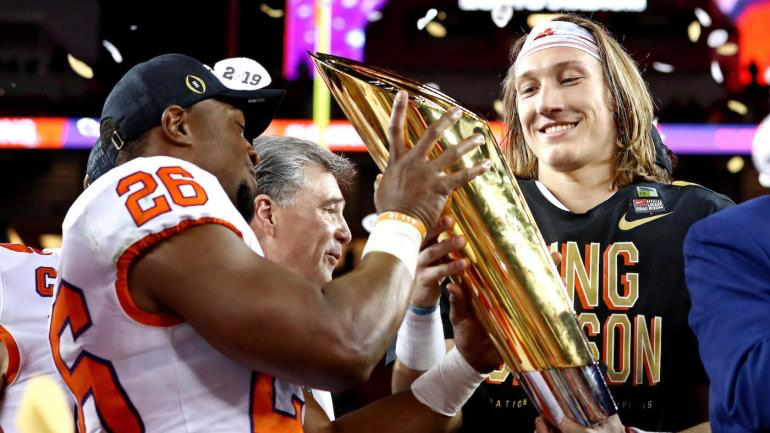 I’ve now lived in the deep south for almost 13 years. Full disclosure, I grew up an ACC (UNC Basketball) and Big East (Georgetown Basketball) fan. Never really had a favorite college football team. I always loved great teams and competition year to year. I remember the great Notre Dame and FSU teams of the 90s. USC teams of the 2000s. It was fun to watch.

In the last 10+ years it has been a constant narrative that the SEC is the best and only conference we should care about when it comes to college football. Starting with the UF championship in 2006, the SEC has been in all but one game and won a great number of those championships. Most of it earned, but much of it predetermined by pollsters. Upon further examination, its really been dominance by one team in the SEC…Alabama.

With that said, what has happened in conjunction with this dominance. On a Saturday the SEC is on several television networks. CBS, ESPN, ABC and they have their own partnership network…the SEC Network. If you are one of the best players, you don’t have to search long for an SEC game. Just turn on the TV.

Week in and week out, month in and month out…all we here is the only place to get solid college football experience and to get in the “league” is to do it through the SEC. Prior to these big TV contracts, that was not the narrative. The best QBs would come from California, Texas or Western Pennsylvania. The top linemen from Wisconsin. Speed guys from California and the South. You respected the Pac 10, Big 10 and the ACC. They produced great games, teams and players. But now, it’s blasphemous to think that Penn State, NC State or University of Arizona could ever compete for the NCAA playoffs.

Hopefully this win by Clemson and the SEC’s losing record collectively in bowl games this year will make other schools and conferences more attractive to these 5 star athletes. College football is much better when schools from every region have a shot at a championship. The system of only 5% of all the schools even having a shot at the big dance is antiquated.

Now bring on the Sweet Sixteen and the NBA Playoffs! At least in Basketball it’ll be settled on the court.

Monetize Your Knowledge and Skill through affordable professional broadcast productions!